UNMC researcher recognized for his work on cancer of the bile ducts, which is as deadly as pancreatic cancer

via news release by UNMC

It’s a form of cancer that’s every bit as deadly as pancreatic cancer – just not as common. It’s called cholangiocarcinoma, a cancer of the bile ducts that extend from the liver to the small intestine.

For the research team of Justin Mott, M.D., Ph.D., which includes a researcher and three graduate research assistants, cholangiocarcinoma has become their archenemy. 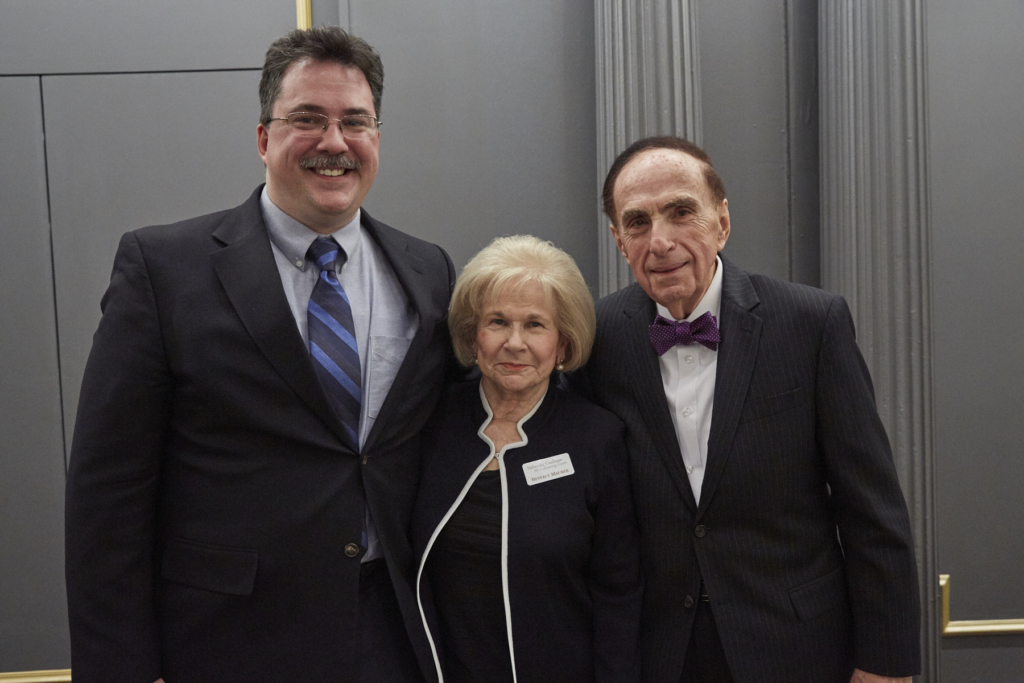 “It’s a weird tumor that’s understudied and needs attention,” said Dr. Mott, who is associate professor and medical assistant director, biochemistry and molecular biology. “There are less than a dozen labs with a major focus on this cancer.”

The major function of the bile ducts is to move a fluid called bile from the liver and gallbladder to the small intestine, where the bile helps digest the fats in food.

The average survival time for someone with cholangiocarcinoma is 8-12 months. About 5 percent of patients make it five years. Among the notables who have succumbed to the disease are Walter Payton, former NFL great, and Chris LeDoux, country music singer/songwriter.

“We recently got a visit from a young cholangiocarcinoma patient and her family,” Dr. Mott said. “They were driven by curiosity to speak with researchers studying the disease. For these patients and their families, they want hope for future treatments.”

Dr. Mott has a five-year, $1.7 million grant from the National Cancer Institute to study cholangiocarcinoma. His team is trying to determine why bile, which is normally toxic to other cells, seems to increase the tumor’s ability to grow and survive.

The tumor cells appear to have protective proteins that are turned on by growth factors. Dr. Mott’s team is trying to identify a drug target that will allow them to “undercut this defense system.”

Dr. Mott earned his M.D. and Ph.D. degrees at St. Louis University. He joined UNMC in 2011. Since that time, he has published 18 manuscripts and a book chapter and received an Outstanding Teacher Award in 2017.

His nominator, Surinder Batra, Ph.D., professor and chair of biochemistry and molecular biology, ranks Dr. Mott “among the top translational scientists in his age group.”

“He is a force in the field of gastrointestinal cancers,” Dr. Batra said. “The work he is doing will have long-lasting impacts on cancer research, cancer initiation and progression, chemo-resistance, various treatments and prevention.”

Liver cancer – of which cholangiocarcinoma is a form – has seen the fastest rise of any cancer in the United States with death rates doubling since the mid-1980s.

Here are some interesting facts about liver cancer:

· The American Cancer Society estimates that liver cancer will account for about 41,000 new cancer cases and 29,000 cancer deaths in the United States in 2017.

· Despite improvements in liver cancer survival in recent decades, only one in five patients survives five years after diagnosis.

· About 1 percent of men and women will be diagnosed with liver cancer in their lifetimes.

· Liver cancer incidence has been rising in the U.S. since at least the mid-1970s, a trend that is expected to continue through at least 2030.

· One major factor contributing to the increase is a higher rate of hepatitis C virus (HCV) infection among baby boomers (born between 1945 through 1965).

· Among this age group, HCV prevalence is approximately 2.6 percent, a rate six-fold greater than that of other adults.

· A rise in obesity and type II diabetes over the past several decades also has likely contributed to the trend.

· There is a substantial disparity in liver cancer death rates by race/ethnicity, ranging from 5.5 per 100,000 in non-Hispanic whites to 11.9 per 100,000 in American Indians/Alaska Natives.

· The wide racial and state disparities in liver cancer mortality reflect differences in the prevalence of major risk factors and, to some extent, inequalities in access to high-quality care.

· Most liver cancers are potentially preventable. This is thanks to improvements in the hepatitis B virus vaccination, screening and treatment of HCV, maintaining a healthy body weight, access to high-quality diabetes care, prevention of excessive alcohol drinking, and tobacco control.

You can listen to sound bites from Justin Mott below: