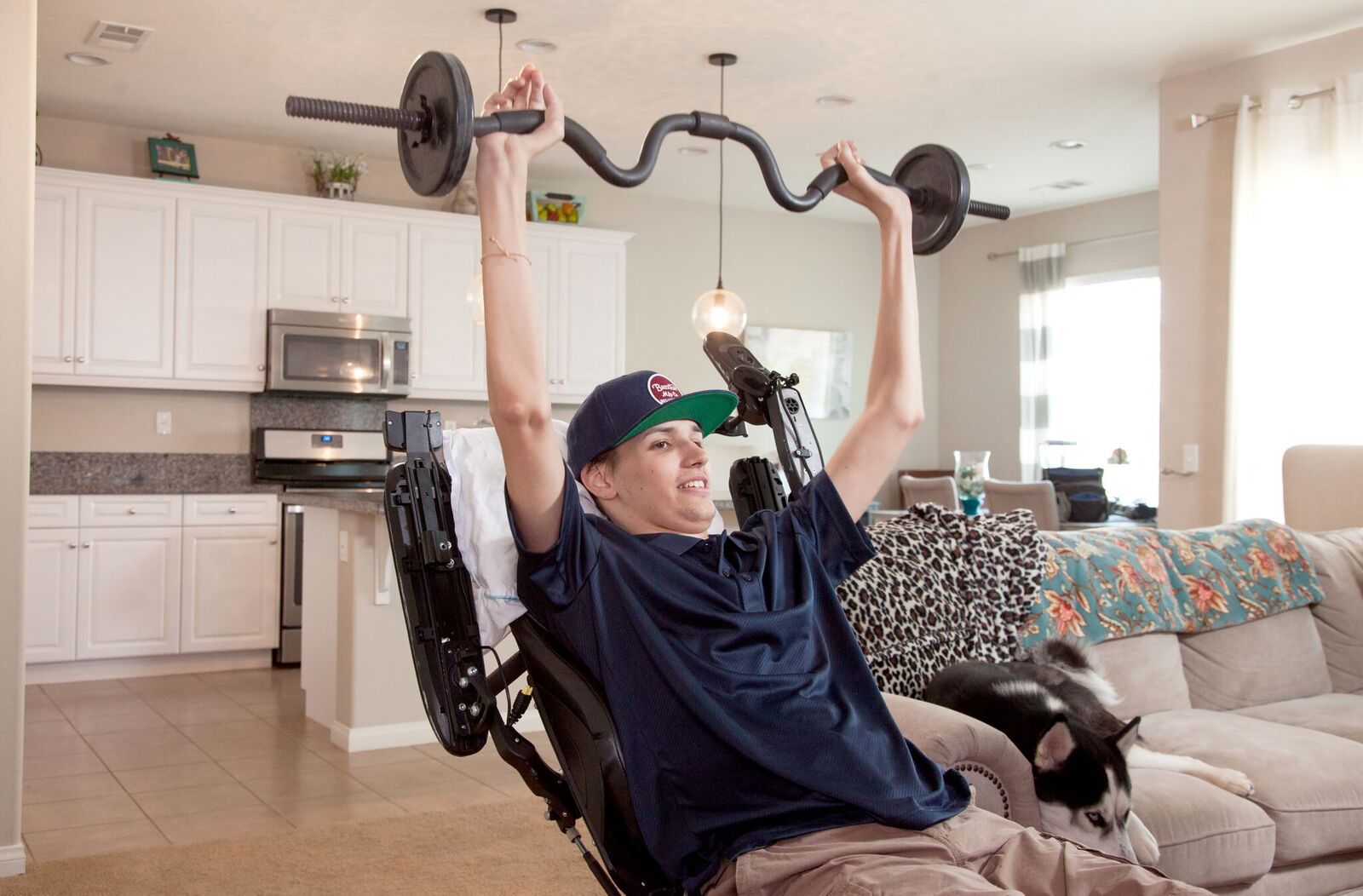 Hope is such a fragile thing. We cling to it in bad times. It offers us a sense that we can bear whatever hardships we are facing today, and that tomorrow will be better.

Kris Boesen knows all about holding on to hope during bad times. On March 6th of this year he was left paralyzed from the neck down after a car accident. Kris and his parents were warned the damage might be permanent.

Kris says at that point, life was pretty bleak: “I couldn’t drink, couldn’t feed myself, couldn’t text or pretty much do anything, I was basically just existing. I wasn’t living my life, I was existing.”

For Kris and his family hope came in the form of a stem cell clinical trial, run by Asterias Biotherapeutics and funded by CIRM. The Asterias team had already enrolled three patients in the trial, each of whom had 2 million cells transplanted into their necks, primarily to test for safety. In early April Kris became the first patient in the trial to get a transplant of 10 million stem cells.

Within two weeks he began to show signs of improvement, regaining movement and strength in his arms and hands: “Now I have grip strength and do things like open a bottle of soda and feed myself. Whereas before I was relying on my parents, now after the stem cell therapy I am able to live my life.”

The therapy involves human embryonic stem cells that have been differentiated, or converted, into cells called oligodendrocyte progenitors. These are capable of becoming the kind of cells which help protect nerve cells in the central nervous system, the area damaged in spinal cord injury.

The surgery was performed by Keck Medicine of USC’s Dr. Charles Liu. In a news release about the procedure, he says improvements of the kind Kris has experienced can make a huge difference in someone’s life: “As of 90 days post-treatment, Kris has gained significant improvement in his motor function, up to two spinal cord levels. In Kris’ case, two spinal cord levels means the difference between using your hands to brush your teeth, operate a computer or do other things you wouldn’t otherwise be able to do, so having this level of functional independence cannot be overstated.”

We blogged about this work as recently as last week, when Asterias announced that the trial had passed two important safety hurdles. But Kris’ story is the first to suggest this treatment might actually be working.

Randy Mills, CIRM’s President & CEO, says: “With each patient treated in this clinical trial we learn. We gain more experience, all of which helps us put into better context the significance of this type of event for all people afflicted with debilitating spinal cord injuries. But let us not lose sight of the individual here. While each participant in a clinical trial is part of the group, for them success is binary. They either improve or they do not. Kris bravely and selflessly volunteered for this clinical trial so that others may benefit from what we learn. So it is fitting that today we celebrate Kris’ improvements and stop to thank all those participating in clinical trials for their selfless efforts.”

For patient advocates like Roman Reed, this was a moment to celebrate. Roman has been championing stem cell research for years and through his Roman Reed Foundation helped lay the groundwork for the research that led to this clinical trial: “This is clear affirmative affirmation that we are making Medical History! We were able to give a paralyzed quadriplegic patient back the use of his hands! With only half a clinical dosage. Now this person may hold and grasp his loved ones hands in his own hands because of the actions of our last two decades for medical research for paralysis CURE! CARPE DIEM!”

It’s not unheard of for people with the kind of injury Kris had to make a partial recovery, to regain some use of their arms and hands, so it’s impossible to know right now if the stem cell transplant was the deciding factor.

Kris’ dad, Rodney, says he doesn’t care how it happened, he’s just delighted it did: